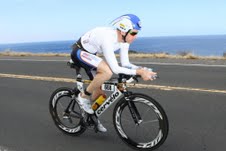 I’ve written a few race reports over the years (ok, a lot) and the hardest to write has always been the Hawaii Ironman report. Many, many words have been put to paper by many, many authors, describing in detail every nuance of the place, the race, the history and all the clichés that seem to be mandatory in any story regarding Kona in October.

So I’ll try to keep this concise, original (as far as humanly possible) and, if not funny, then maybe a bit interesting.

Wednesday, 10 days before race day. The day of departure from cold, wet Melbourne into the warm embrace of Kona, Hawaii. After 8 hours hanging around the airport with the whole damn place being closed (twice) due to storms, our flight to Sydney to connect with the Honolulu flight was finally cancelled. We drove back home. F*&k.

Friday, 8 days before race day. The new day of departure from cold, wet Melbourne given we could not get seats on the fully booked Thursday plane to Honolulu. Despite some nervous moments and a delayed flight to Sydney due to strikes and work stoppages at the airport, we finally got on the plane to Hawaii. Arriving in Honolulu, a plane full of triathletes collected a plane-hold full of bike bags and rushed to get the connecting flight to Kona – except one – me – whose bike bag was not apparently on our flight from Sydney. F*&k.

Sunday, 6 days before race day. My bike arrived last night! It was delivered to the pub (Humpy’s) where I happened to be drowning my sorrows and I finally have my bike, my runners and the other essentials that will finally allow me to do some exercise! A swim at Dig Me Beach and a run through the Energy Lab section of the marathon course with Luke Bell and all is suddenly good in the world. It’s hard to stay mad when you’re hanging out in such a beautiful place. Aloha.

Thursday, 2 days before race day. My buddies Jodie and Lance got married. Awesome service and reception at Royal Kona Resort. Shame about the timing though, that open bar looked VERY tempting. Nice to focus on something meaningful in the midst of the building pressure of the impending race though. Congrats guys, Mahalo.

Saturday, race day. To avoid monotony, I’ll skip to 2 hours after I crossed the finish, I’ve had a massage, I’ve caught up with Caroline and I’m lying on the grass under some palm trees and I can’t move. I’m wondering how the hell I can get the energy to go and pick up my gear and bike and ride back to the condo. I feel . . . f*&ked.

Sunday, the day after. Time to reflect, time to wonder what went wrong and why, and what went right and why. Or maybe leave that for a later time when I’m thinking straight.

Kona looks far away at this time - but my Hawaiian

Why get up before dawn each morning to train? Why

Starting your day in the water, on the bike, on a